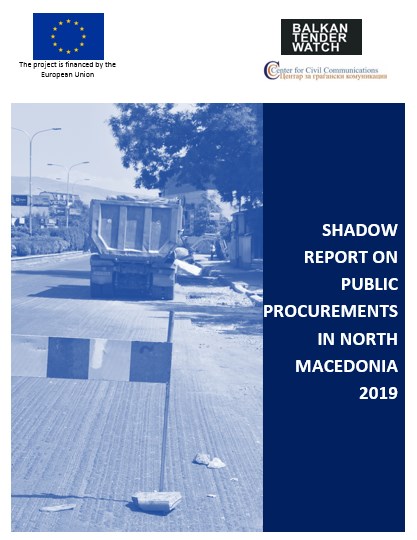 After criticism from all stakeholders, the old and non-functional Law on Public Procurements – adopted in 2008 and frequently amended thereafter - is finally replaced with completely new law, which was adopted in January 2019 and entered into effect on 1 April 2019.

In particular, it addresses the two problems that have been indicated by all stakeholders as the most burning issues under the old law and concerned use of lowest price as the single criterion for tender award and mandatory organization of electronic auctions. Hence, except for lowest price, the new law introduced other selection elements, while e-auctions became optional with an idea to be organized in cases when there is standard and equal quality and therefore it is logical for the selection to be based on prices offered.

The new law introduced the so-called administrative control conducted by the Bureau of Public Procurements as follows: mandatory control in case of tender procedures whose value exceeds 500,000 euros (goods and services) and 2,000,000 euros (works); control based on risk assessment and random sample control.

In general, the new law liberalizes all public procurements and introduces new possibilities for contracting authorities to procure what they actually need by getting the best value for the money spent. Under the new law, but also previously, a series of measures had been introduced to increase transparency in public procurements.

Nevertheless, the monitoring of public procurements in the first seven months form the entry in effect of the new law shows that procurements are still implemented according to old and bad practices, like nothing had changed.

Representatives from contracting authorities mainly refer to three reasons for such practices: lack of knowledge about the manner in which opportunities under the new law could be used; fear that they might make errors and consequences therefrom; and their lack of motivation, primarily in relation to the responsibility they bear.

At system level, the competent institution, i.e. the Bureau of Public Procurements, did not increase its capacity to adequately respond to increased competences, especially those related to faster and timely development of the multitude of bylaws arising from the new Law on Public Procurements, as well as full and efficient implementation of newly-introduced ex-ante administrative control on implementation of tender procedures. Models of tender documents for all types of procurement procedures are still not developed, including detailed manual for application of the criterion defined as “economically most favourable bid” pursuant to the new law. No efforts are made to organize frequent and tailor-made training for people tasked with public procurements.

Also, broad public consultations were not organized for development of relevant bylaws, but also for the new Law on Public Procurements in the Field of Defence and Security, which was adopted in August 2019.